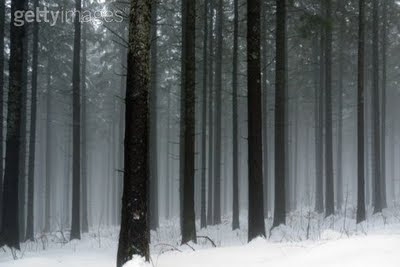 The Northern Ural mountains, Western Russia, 1959... nine adventurous Russian hikers have made base camp on a ski trek through the snow-laden Urals. The name of the particular slope they are camped on is Kholat Syakhl- a Mansi name meaning Mountain of the Dead.

The group, led by Igor Dyatlov, consists of two women and eight men... a group of college friends from Ural State Technical University. They are in high spirits... enthusiastic and excited about reaching their goal- Otorten, a mountain peak approximately ten kilometers from their location. At this time of the year, the trip they are undertaking is considered very difficult- Category III- and they have already gotten slightly off track due to a blinding snowstorm, but all are experienced in long mountain expeditions and cross-country ski treks, and are confident in reaching their goal, even looking forward to the challenge.

Little do they know, they are embarking on a dark journey into what will become one of the most chilling and infamous unsolved mysteries of our times. The group kept diaries and shot photos all along the way, leaving behind the following record of their trip...

January 25: the group travels by train to a city called Ivdel. From Ivdel, they find a truck to take them as far as Vizhai- the last inhabited settlement in the north.

January 27: the group sets out on foot from Vizhai into the wilderness, intent on conquering the peaks of Otorten. On the second day of their trek, one of the group- Yuri Yudin- experiences health problems, and opts to leave the hike and return to civilization. They agree that Dyatlov- the group's leader- will send word to him at their sports club as soon as the group returns to Vizhai. Now there are nine.

January 31: The hikers reach the beginnings of the highland area and set about making preparations for the climb. They find a valley shielded by woods, and construct a shelter there to store the extra food and equipment that they will need on the return trip.

February 1: the crew begins the difficult trip over the pass. The plan is to cross over the pass to the other side and set up camp for the following night. As they climb, a heavy snowstorm descends and they lose visibility in the swirling snow. As the weather worsens, the group loses their bearings and mistakenly alter their course to the west, heading toward the peak of the Kholat Syakhl- The Mountain of the Dead. Realizing that they are off course, they decide to stop and set up base camp on the mountain's slope. Later, the weather clears up somewhat, and they have a bite to eat and goof around, taking photos of the camp and each other. Night falls, and they settle in to sleep.

What happens afterward is still an enigma.

The hikers were to have arrived safely back in Vizhai no later than February 12, upon which time Dyatlov had promised to send a telegraph to their friends. The date comes and goes with no word. At first there is no alarm, as expeditions of this nature sometimes have delays and the friends are all competent cross-country hikers. But as time goes by with no sign of the group, worried relatives begin demanding a rescue operation. On February 20 the first rescue parties- made up of volunteer teachers and students from the hiker's university- go out in search of the group. Soon army and police forces join in the search, bringing in planes and helicopters.

On February 26 the searchers find the group's abandoned base camp on the slope of Kholat Syakhl. The tent is tattered and slashed apart. A line of bare footprints leads across the clearing, headed toward the forest on the other side of the pass. At around 500 meters, they vanish under the newly fallen snow. 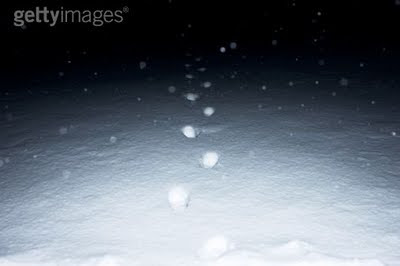 The searchers follow the trail. Under an old pine tree at the edge of the forest, they find the remnants of a fire. They also find the first of the bodies.

It is Yuri Krivonischenko and Yuri Doroshenko, frozen to death. They are clad only in their underwear, and their feet are bare. The searchers continue, and come across three more frozen bodies- Zinaida Kolmogorova, Rustem Slobodin, and Igor Dyatlov. They are located between the old pine and the camp, and their locations and positions indicate that they had been trying to return to camp when they succumbed to hypothermia. Each hiker lies alone, located separately at distances of 300, 480 and 630 meters away from the pine. Like the others, they are dressed strangely for a night when a snowstorm was blowing and the temperature was around -25° to -30°C. Partially dressed, some wear only one shoe, others wear no shoes at all or just socks. Some of them are haphazardly draped in bits of the clothes that had apparently been cut from the dead.

The bodies of hikers Lyudmila Dubinina, Nicolai Thibeaux-Brignolle, Alexander Zolotarev, and Alexander Kolevatov cannot be found in the initial searches. In fact it would be another two months before their fate is known. In the meantime, a legal inquest into the incident begins as soon as the first five bodies are discovered. After examination, medical professionals conclude that all five had died of hypothermia, with no other injuries present that may have contributed to their demise. One of the hikers has a small skull fracture, but it is determined to be a non-fatal wound that could have possibly predated the incident. It is speculated that maybe the hikers has grown disoriented from hypothermia in the serious snowstorm, and wandered off to their deaths.

The discovery of the last four bodies changes all that.

On May 4, the remaining travelers are found. Their bodies lay deeper in the woods, in a ravine of a stream valley. Four meters of snow covers them. Unlike their comrades, three of the four have violent, fatal injuries. Dubunina and Zolotarev both have had their chests crushed, with major fractures throughout, and Thibeaux-Brignolle has extensive damage to his skull. An expert states that the force needed to cause such devastating injuries would have had to be great, comparing it to the impact of a car accident. Inexplicably, none of the bodies have any external wounds at all. It is almost as if they have been crushed by a high level of pressure. And that is not all.

The female hiker is missing her tongue.

The investigation uncovers even more perplexing facts about the incident. It is concluded that something caused the hikers to rise in the night and to leave their camp without even bothering to dress. The tent had been sliced open by the group, from the inside. All nine left on foot, of their own accord, including the members of the group who were found with injuries. Six of the hikers died from hypothermia, the other three died of their injuries. All perished approximately 6-8 hours after they ate their last meal. The inquest can find no traces of any other people anywhere on or near Kholat Syakhl at the time of the incident. Some people theorize that the hikers had come under attack from the indigenous Mansi, but a doctor disputes that theory, saying no human could have caused such injuries, "because the force of the blows had been too strong and no soft tissue had been damaged". In addition, no other footprints besides the hikers are found anywhere near the site. Some point to the possibility of an avalanche, but it remains unexplained as to why a simple natural disaster like an avalanche would have been shrouded in such an incredible amount of secrecy, or would have resulted in the area being closed down for an entire three years following the incident.

It is reported that tests also revealed high doses of mysterious radioactive contamination on the clothing of some of the victims.

Things get stranger. After the funerals, relatives of the deceased claim that the victims' hair had gone completely gray, and that their skin was an unnatural and unexplained orange color. Another group of hikers, who had been hiking about 50 kilometers south of the site, claim that they all saw eerie orange spheres in the sky to the north above Kholat Syakhl on the night of the incident. In fact, similar sightings of these 'spheres' above Ivdel and the adjacent areas were reported continually from February to March 1959 by multiple witnesses. This included the military and meteorology service.

This unnerving mystery has never had a satisfactory explanation. The sole survivor of this chilling incident- Yuri Yudin, who escaped an unknown fate when he left his nine friends to return to the village due to health problems- has said, "If I had a chance to ask God just one question, it would be, 'What really happened to my friends that night?" 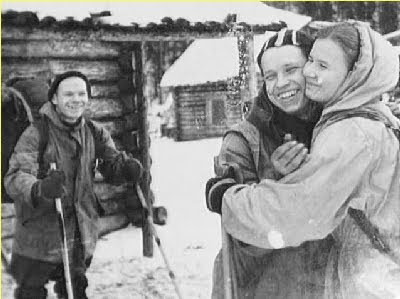 This photo shows Yuri Yudin- sole survivor of the expedition- hugging fellow hiker Lyudmila Dubinina during the trip, before he took ill and left the group; this was one of the photos later found in a camera at the site. You can see the actual last photos from the hikers' cameras here

The area was eventually named 'Dyatlov Pass'. The investigation was officially shut down in May 1959, due to "absence of a guilty party", and the inquest's final verdict was that the hikers died due to "unknown compelling force". All files associated with the Dyatlov Pass incident were locked away in secret archives and were only made available to the public in 1990... with some parts missing. 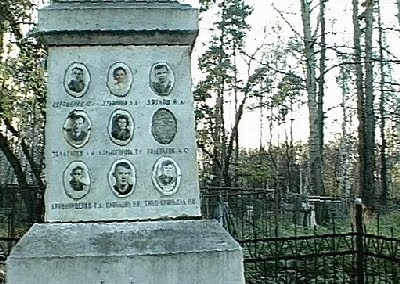 The gravesite memorial for the Dyatlov victims 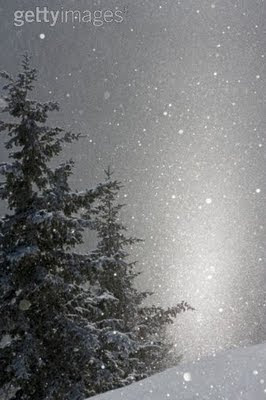 cool. well, not for them but what a mystery.

That's several levels of spooky. Another interesting and obscure post.

hello this redlight i love the story of these people the way they died there are so many cases almost the same everywhere why don't they investigate . its so weird how the skin color changed and why were they naked did they go mad i want to read more . And if there is other people reading comment and write what u think .

Thanks you guys, glad you are enjoying the posts :)