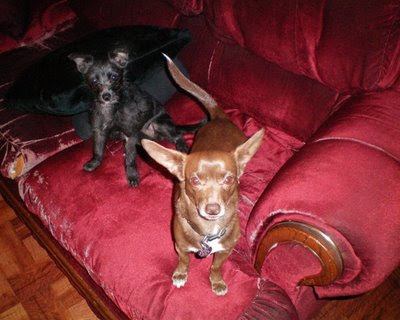 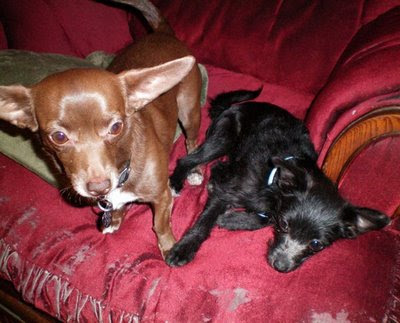 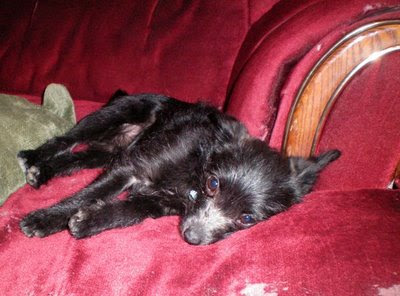 hahaha..Anotherone got you...:) But, I don't know how you don't see it, but Mia, doesn't look all that thrilled about sharing your affections, or maybe she's just playing boss lady around the newbie..:) either way, good luck, I don't think she'll be leaving your cozy home...
Peace
chick..

I agree with Chick, Shady! Another one stole your heart!
She's adorable! She looks a lot like my Sugar I fostered for awhile.

I have a feeling you're going to keep her! ;)

Chick... yeah heheh, Mia does have a bit of a jealousy problem, she always has. But one reason I like the Minx is cause she brings out Mia's softer side sometimes, like Mia will actually let her share her toys, etc.... she's NEVER done that w any other animal before! Another funny thing is that Mia gets super cranky when I try to photograph the Minx, she gets in front of her every time, so jealous! :P But they've both taken to sleeping together, w me, at night.... so maybe Mia is learning to share?

I love you too mamacita.... XOXOXO

She's adorable! And she's so tiny, you may as well keep her.

Hmm... I think you might have a problem. Stop jumping in backyards and stealing pets! I'm on to you...